Multiple myeloma is a chronic form of blood cancer that is quite rare among the population and occurs inside the white blood cells called plasma cells. Our immune system consists of several cells which work together to fight against infections and other diseases. Plasma cells are found in the bone marrow of living bodies and are accounted as a crucial part of the immune system as they are responsible for the formation of antibodies that fight against several kinds of diseases in the body. In simple terms, multiple myeloma is a condition when plasma cells become cancerous & grow out of control. Such cancerous plasma cells produce abnormal protein or antibodies such as monoclonal immunoglobulin, monoclonal protein, and M-spike. Symptoms of multiple myeloma include loss of appetite, increased urination, pain, and fatigue. Multiple myeloma generally affects the blood, bone, and kidney of the patients and is the second-largest type of blood cancer and affects 160,000 people annually. National Cancer Institute in the U.S reports 30,770 cases per year and about 1.7% of all new cases of cancer is multiple myeloma. Although multiple myeloma is a rare type of blood cancer, it still comprises a vast number of cases globally. There is no current-day cure for this condition but certain treatment options are proving to be very efficient in slowing down the progression of multiple myeloma and even repels away the symptoms permanently thereby, augmenting the growth of the multiple myeloma therapeutics market. 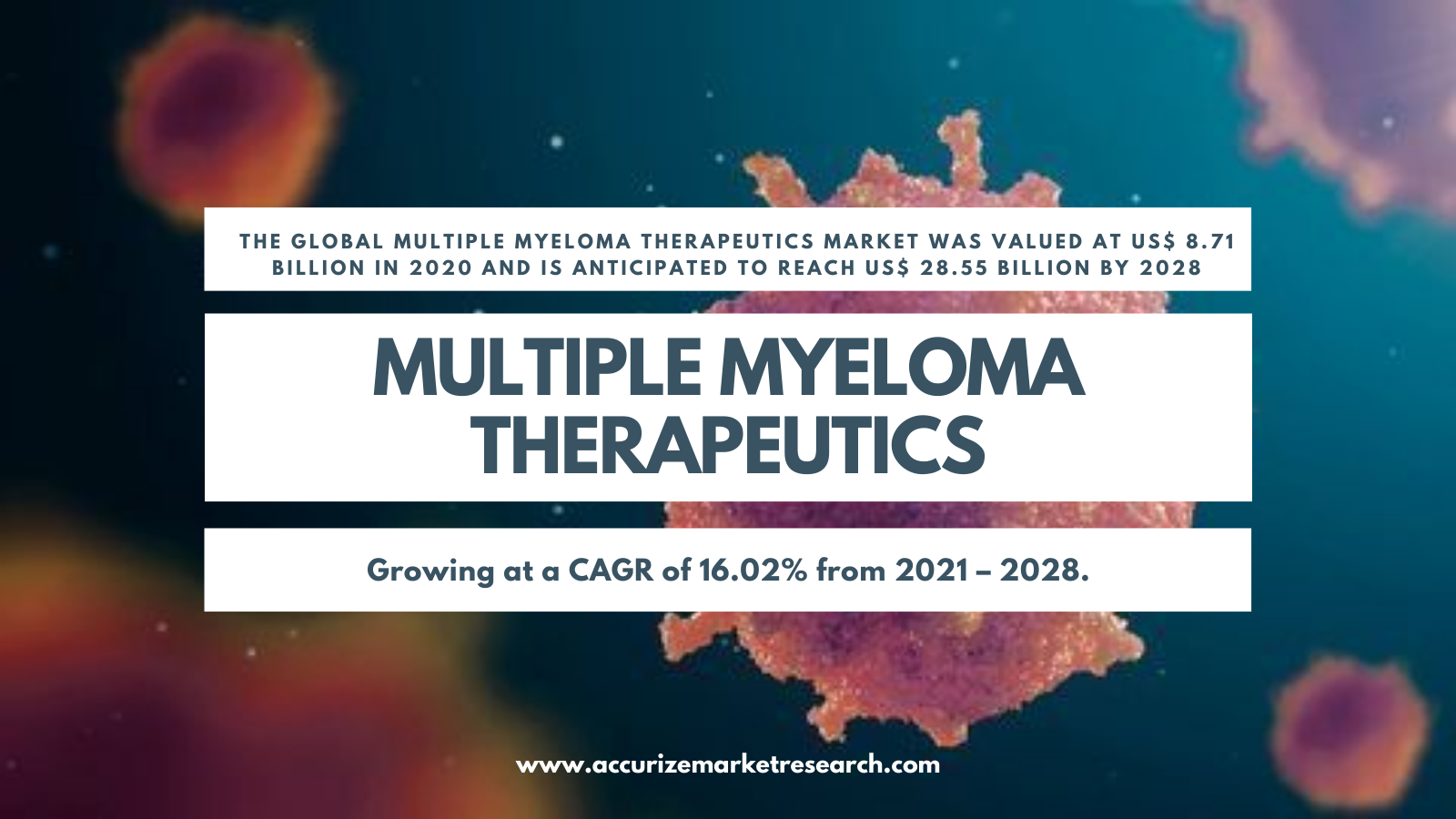 Rising incidences of the disease globally among the population, a hike in blood cancer, and a rise in the geriatric population are the major factors augmenting the global multiple myeloma therapeutics market growth extensively. In addition, substantial improvement of healthcare facilities, an increase in healthcare expenditure, novel pipeline projects under clinical trials WITH positive outcomes, advanced therapeutics especially in developed regions, and vast R&D activities scheduled by various government & non-government organizations are also responsible for the growth of the market.

The ongoing R&D driven by various government and non-government organizations globally and the emergence & development of several pipeline drugs by various market players are extensively providing lucrative opportunities to the market growth. Additionally, several companies are adopting strategies like partnerships, collaborations, and product developments to provide better therapeutical options around the globe.

The global multiple myeloma therapeutics market is bifurcated on the basis of Treatment, Distribution Channel, and Region. Based on treatment the global market is segmented into proteasome inhibitor, CD38, immunomodulators, alkylating agents, and others. The immunomodulators segment dominates the market owing to its efficiency in the treatment of cancer. Revlimid by CELGENE CORPORATION is very popular in the global market because of its accuracy. By Distribution channel, the global market is segmented into retail pharmacies, drug stores, hospital pharmacies, and online pharmacies. This segment is foreseeing a massive amount of growth because of certain drugs that are frequently prescribed among various pharmacies and hospitals.

By region, the global myeloma therapeutics market is segmented into North America, Europe, Asia-Pacific, and RoW. North America is further classified into U.S., Canada, and Mexico. Europe is further segmented into Germany, the U.K., France, Italy, Spain, Russia, and the rest of Europe. Asia-Pacific is segmented into China, Japan, India, Australia, South Korea, and the rest of APAC. The RoW includes South & Central America, the Middle East, and Africa. Currently, North America dominates the global multiple myeloma therapeutics market owing to the active players in the region coupled with the increased prevalence of multiple myeloma in the region. Europe & APAC to register a moderate amount of growth during the forecast period 2021 – 2028. 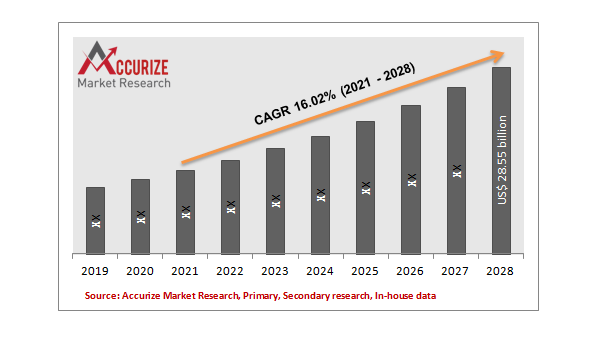 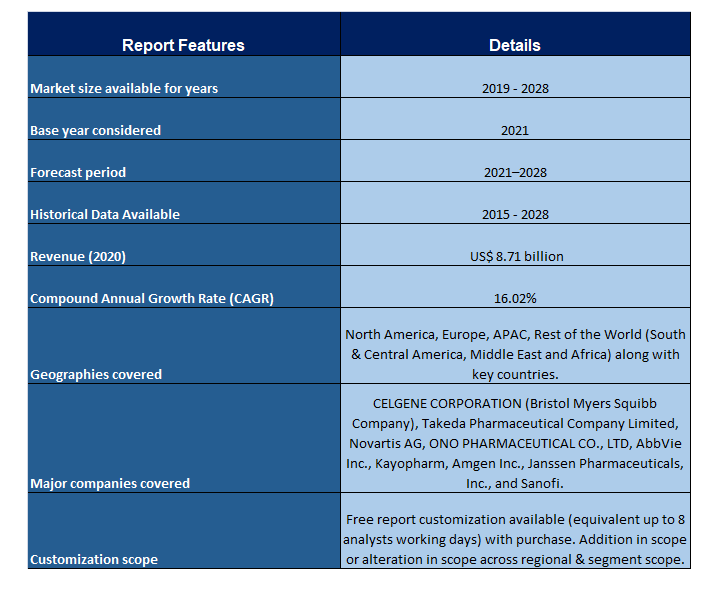