An implantable loop recorder is a small device which can be implanted below the skin, just near the chest, to record the heart activity. The ILR is smaller in size, generally about the size of a computer USB, and is attached to the patient through chest electrodes that detect irregular heart rates. Implantable loop recorders market is in the emerging state mainly due to the increase in heart diseases and the rise in the geriatric population. Furthermore, emerging applications across novel fields of clinical research of medical devices are expected to open new avenues in the ILR market. 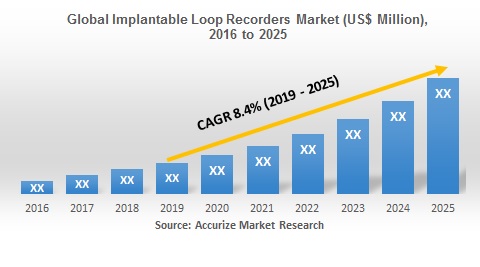 The report covers different segment market size, both volume and value. Also cover different industries clients’ information, which is very important for the manufacturers. Manufacturers’ data, including revenue, shipment, revenue share, shipment share, and gross profit have been also included, which provide a better understanding of the market competition.

Top players in the global implantable loop recorders market are Medtronic, Abbot, and Biotronic. Also, the future market players such as Boston Scientific and GE healthcare have been covered in the report with their estimated revenue, volume, and volume share on both global, and the U.S. level.

The Highlights of the Report

Operating Players Profiled in the Report

Upcoming Players Covered in the Report