High Voltage Direct Current (HVDC) is referred as an efficient long-distance transmission at higher power levels interconnecting several regions and even countries. Such technology enables a secure and stabilized connection to the already existing electricity grids. One of the biggest advantages of HVDV is the power transmission efficiency over longer distances. For the transmission of power is longer than 300 miles DC is preferably a better option than AC owing to minimal losses in DC for huge power transfer. 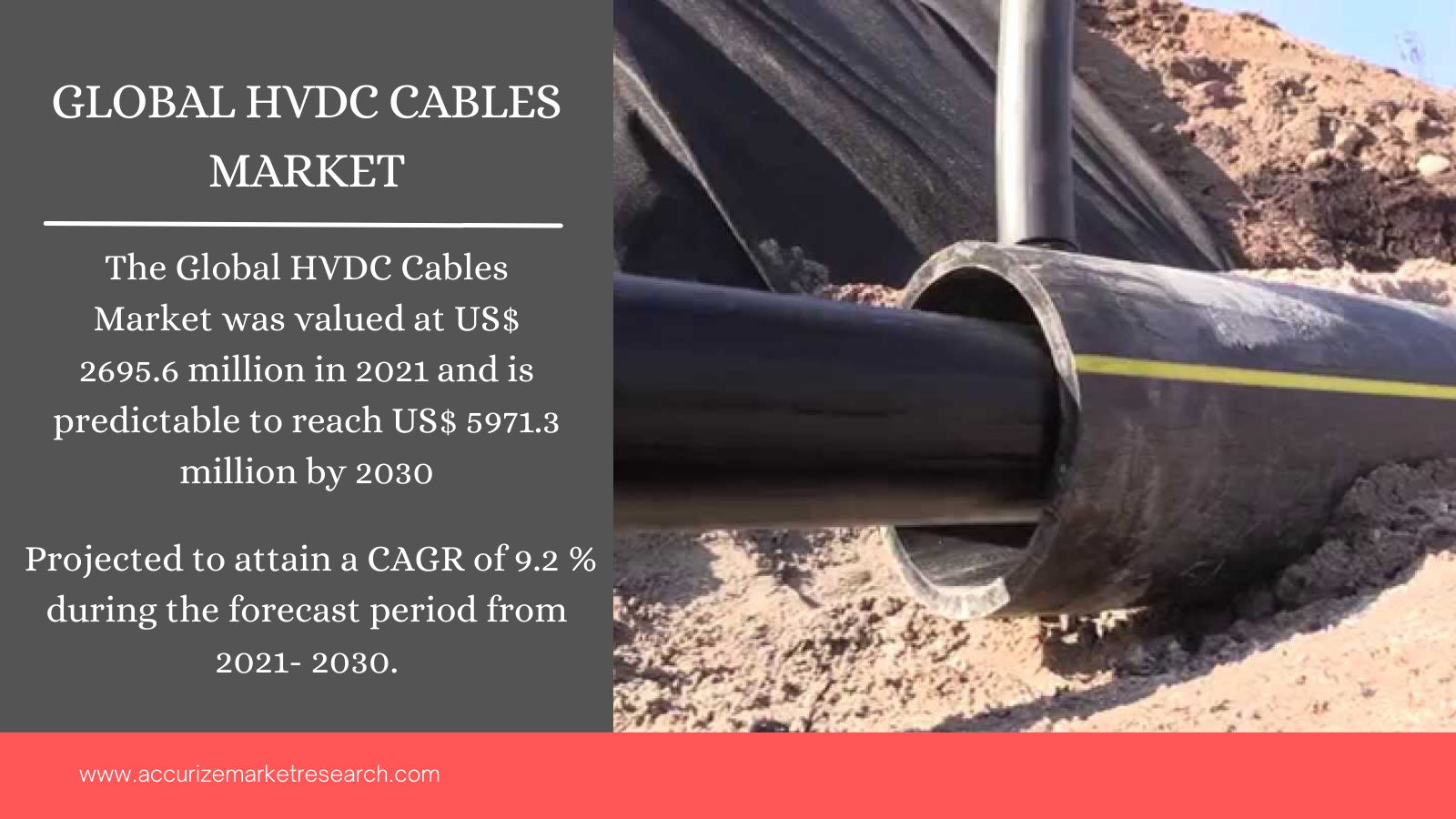 The increasing demand for HVDC transmission systems is attributed to surplus energy demand among the consumers, rapid industrialization, and a rise in renewable energy installation across the globe. In addition, investment in offshore wind turbines installation to overcome energy demand is also expected to boost the global HVDC cables market in the upcoming years. HVDC transmission systems deliver surplus power over a longer distance without any disruption or losses that will sway the product demand.

Low maintenance & handling cost, high-power transmission capacity, and lightweight characteristics of the HVDC cables are anticipated to boost the market growth. Moreover, inclination towards renewable energy, the demand for power in the energy deficit region, smart grids network expansion, and upgrading the existing grid infrastructure augments the market players for business expansion and growth during the forecast period.

Overhead transmission systems are more economical than underground systems. But both systems require land and such lands cannot be used for another purpose. However, land acquisition acts as a major hindrance for HDVC cables expansion during the forecast period. Moreover, power connections systems between the main grids and offshore or power plants are expected to provide ample opportunities for the HVDC cables market.

The Global HVDC Cables Market is segmented by type, voltage, transmission, and region. Based on type, it is categorized into extruded cables, mass impregnated cables, and others (including Superconducting Cables and Oil-filled Cables). By voltage, it bifurcates into high, extra-high, and ultra-high. Transmission of HVDC cables segments into underground, overhead, and submarine. Based on regional insights, the global HVDC cables market is categorized into North America (US, Canada, Mexico, Rest of America), Asia Pacific (India, China, Rest of Asia Pacific), Europe (UK, Germany, Russia, Rest of Europe) and Rest of the world (Latin America and Middle East & Africa).

Asia Pacific region is expected for the fastest growth owing to increasing demand for continuous & reliable electricity for the remote areas and changing power consumption patterns in industrial units & households. Economies like India and China are expected for the highest growth in the region owing to huge investments for renewable projects and the upgrading of the existing infrastructure. Japan is also accounted for the growth owing to a huge investment for cleaner energy and increasing numbers of submarine power cables projects in the region.

The European region is also expected for significant growth owing to the upcoming offshore wind power projects which will have a positive impact and augments the demand for HVDC cables during the forecast period. 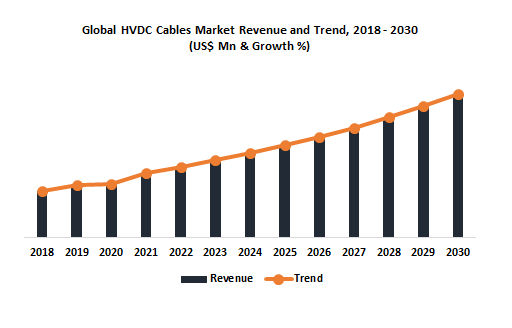 Segmentation and Scope of the Global HVDC Cables Market 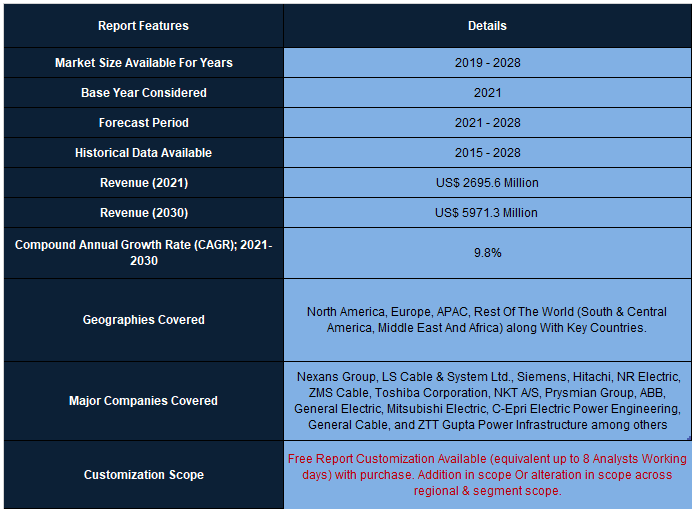 Prominent players in the Global HVDC Cables Market among other includes