Spices are referred as a root, bark, seed, or fruit used majorly for flavoring or coloring a recipe and not used as the main ingredient.

The prime reasons attributed for the growth of spices are owing to the increasing consumption of snacks, confectionery, and convenience foods. Further, ready-to-eat and processed foods have also created a major contribution to the spices market growth globally. Rising expansion for cooking styles, ethnic preferences among the consumers for creative flavors is boosting the market for spices during the forecast period. Spices such as fragrant seeds, roots, bark among others offer taste, fragrance, and surface to the food without any fat or calories.

Presently, the usage of spices is not only limited to adding flavors to the food but also for health benefits such as ginger, turmeric among others. Spices act as an antioxidant for the treatment of specific health conditions. Promotional events and advertisements by the key players to attract the consumers to try new recipes at home which is expected to boost the sales of spices during the forecast period. In addition, e-commerce and retail segments portray the sales and distribution of spices to the consumers with a variety of offers and discounts on spices with a longer shelf life. Strict government regulations pertaining to food additives across the different nations and standards set by FDA for the safer use of spices for its proposed among the consumer are expected to restrain the growth of spices market. Further, rising tourism across the globe has demanded the consumers to taste the local cuisine with more spice-based and more savory of that region which is further propelling the demand for spices during the forecast period.

The Global Spices Market is segmented by product, form, category, distribution channel, and region. Based on product, it is categorized into ginger, cumin, cardamom, cloves, pepper, cinnamon, turmeric, coriander, and others. By form, it bifurcates into whole, crushed, and powdered. Category segments are classified into conventional and organic. Spices application categorized into soups, meat, poultry food, sauces, frozen food, convenience foods, and bakery. By distribution channel, it is bifurcated into store-based, non-store-based, convenience stores, supermarkets & hypermarkets, and others. Based on regional insights, the global spices market is categorized into North America (US, Canada, Mexico, Rest of America), Asia Pacific (India, China, Rest of Asia Pacific), Europe (UK, Germany, Russia, Rest of Europe) and Rest of the world (Latin America and Middle East & Africa).

The Asia Pacific is rallying the highest market share owing to the spices growing culture in the region and huge producers & exporters of spices across the globe. Major spices-producing economies are Vietnam, China, India, and Thailand. Prime reasons for driving the market growth are attributed to rising indispensable income and broadening of daily dietary habits followed by eatery outlets or restaurants.

North America is expected to show significant growth owing to increasing awareness about the medicinal properties of spices followed by Europe, Asia Pacific and Rest of the World. 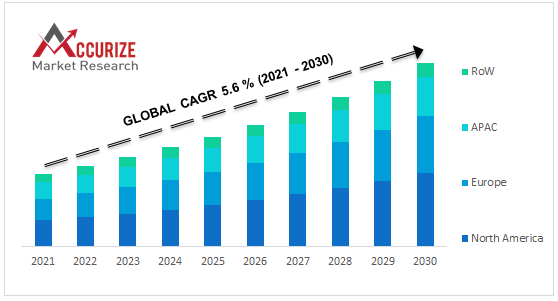 Segmentation and Scope of the Global Spices Market

Prominent players in the Global Spices Market among other includes