Microalgae are a unicellular photosynthetic group of microorganisms living in saline or freshwater environments that convert sunlight, carbon dioxide, water to algal biomass. They have excellent potential for a wide range of applications such as bioactive compounds, animal feeds, feedstock for fuel production, and bioremediation. 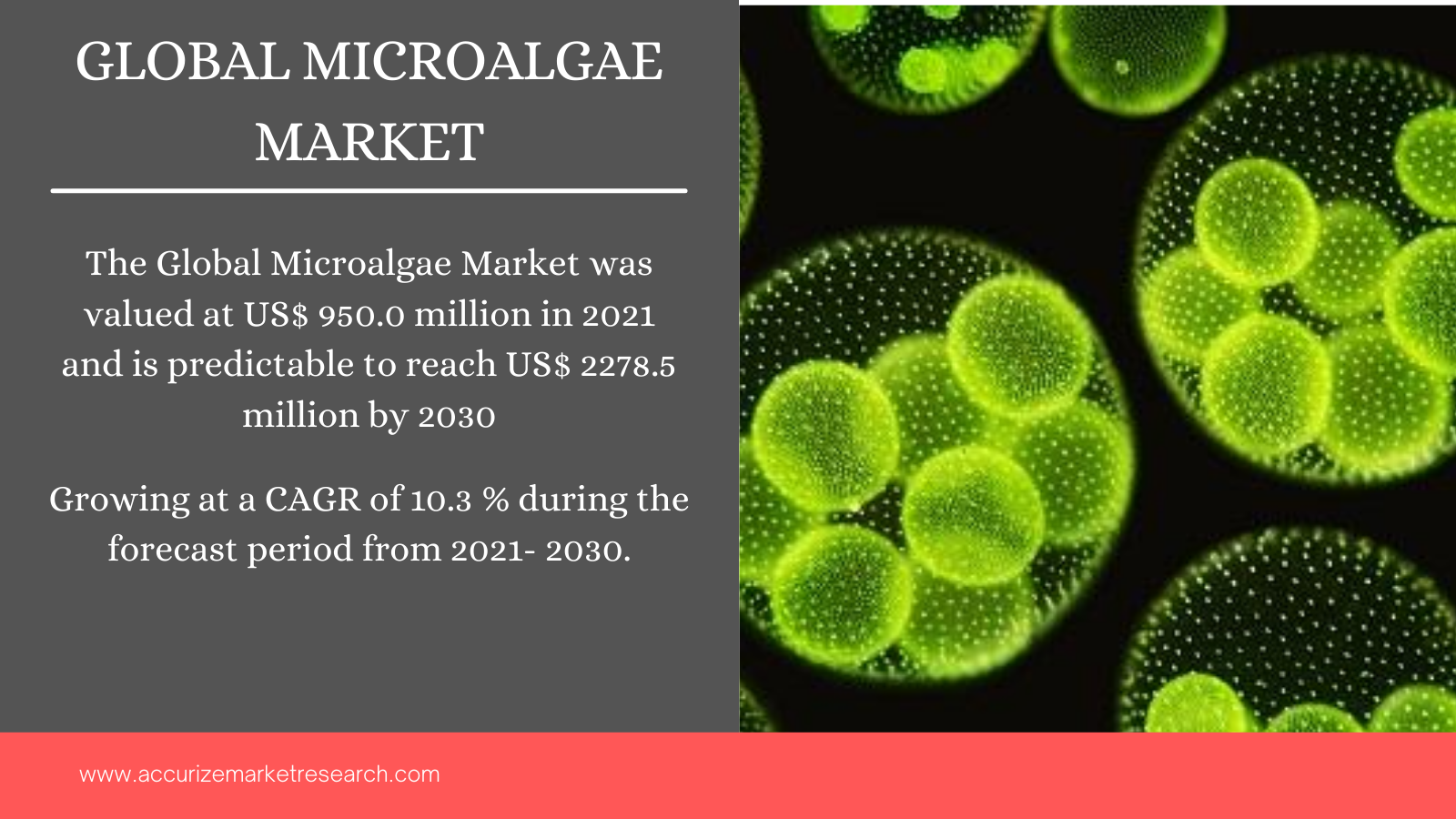 The market growth is ascribed to the shift towards the increasing dietary supplements industry vertical and food industry. In addition, demand for natural food colors, a rise in the nutraceuticals industry, the mounting prevalence for microalgae sourced products are also expected to boost the market growth. Microalgae are sustainable, economical sources of biofuels, renewable, bioactive medicinal products, and food ingredients. It also acts as a value-added product with notable biological and pharmacological qualities.

Microalgae have a substantial capability in the conversion of atmospheric CO2 to useful products such as lipids, carbohydrates, and other bioactive metabolites. When used as biofuels, microalgae are a perfect substitution to fossil fuels with reference to cost, renewability nature, and environmental concerns. However, a lack of awareness regarding the microalgae benefits and the complex production process of algae products hinders market growth. The major challenging factor is dewatering algae culture for biomass production, optimization of the fermenting process of algal bioethanol production, microalgae growth rate & product synthesis.

Numerous advantages of Microalgae are listed below: 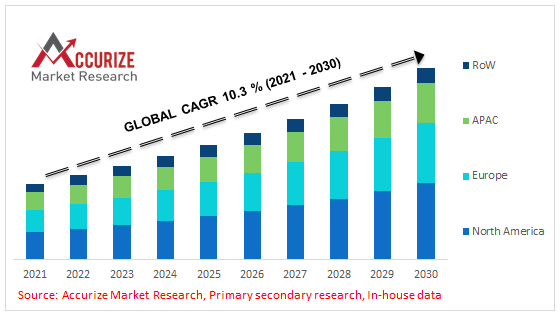 The Global Microalgae is segmented by type, application, and region. Based on type, it is categorized into chlorella, aphanizomenon flos-aquae, spirulina, dunaliella salina, and others. By application, it bifurcates into nutraceuticals, pharmaceuticals, cosmetics, food & beverages, animal feeds, and others. Based on regional insights, the global microalgae market is categorized into North America (US, Canada, Mexico, Rest of America), Asia Pacific (India, China, Rest of Asia Pacific), Europe (UK, Germany, Russia, Rest of Europe) and Rest of the world (Latin America and Middle East & Africa).

Segmentation and Scope of the Global Microalgae Market

Global Microalgae Market is segmented by type, application, and region. 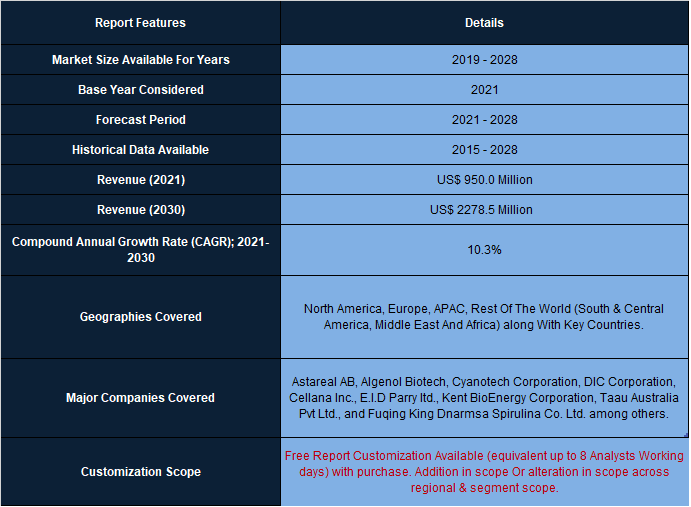 Prominent players in the Global Microalgae Market among other includes