The Acquired immunodeficiency syndrome (AIDS) testing and treatment market is expected to grow at a CAGR of 4.7% from 2021 to 2028. Acquired immunodeficiency syndrome (AIDS) is the most catastrophic, widespread and incurable disease prevalent across the world. In a report published in 2013 by the World Health Organization (WHO), total death accounted at rank six when compared on the parameter of total deaths by a disease and and approximated 35 million people across the globe are affected by it. It is a condition where immune system fails, leading to opportunistic infections that occurs via transfer of blood, vaginal fluid, semen, pre-ejaculate, or breast milk and major routes of infection transmission are consists of unsafe sex, contaminated needles, perinatal transmission, breast milk and infected blood products. The disease is mostly prevalent in the developing and underdeveloped countries on a major scale due to the lack of adequate treatment facilities and preventive measures. However, permanent cure for acquired immunodeficiency syndrome is still not available in the medical healthcare market. 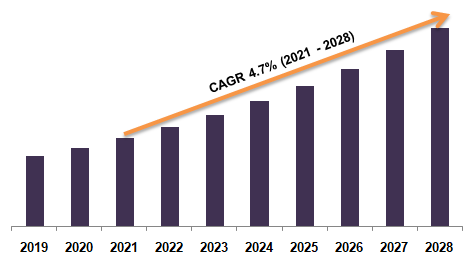 Increasing awareness about the availability of HIV therapeutics in the market and cost-effective drug therapies for HIV are driving the global HIV therapeutics market. However, unsuccessful implementation of treatment in some cases, introduction of generic drugs and lack of skilled professionalsin the market are restraining the HIV therapeutics market. The global HIV test and treatment market is driven due to increasing number of HIV infection cases, technological advancement in HIV diagnosis, rise in research activities for developing HIV vaccines and lack of awareness about the modes of transmission of the virus.

When it comes to regional analysis, North America is the leading HIV-1 therapeutics market in 2015 owing to the high treatment expense, increasing prevalence, and the introduction of drugs with improved efficiency. Successful players of this market include, Complera by Gilead Sciences Inc. Moreover, In the year 2016, North America and Europe together rare accounting for a high prevalence of 2.4 million people suffering from this infection. In contemporary times, around 5 million people in Asia Pacific and around 1.5 million people in the Latin American region are living with this infection.

KEY MARKET PLAYERS IN THE AIDS TESTING AND TREATMENT MARKET