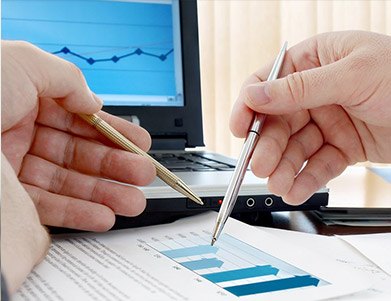 Over the past few years, innovations and economic developments have brought major changes in automotive industry leading to cleaner, safer, and affordable vehicles. Key automotive players across the globe are investing millions on the self-driving technology. Several technology firms and automakers have pointed to bring such vehicles on-road in the coming years. Self-driving car, also called autonomous car or driverless car is a vehicle that has the ability to navigate without any human assistance. Self-driving cars have pre-installed control systems in them which aids in analyzing the sensory data and discriminates between different cars and other vehicles on the road and helps in deciding an appropriate path to the destination.

Self-driving cars have been predicted to penetrate deeply across the globe, in the coming years. The growth would be majorly seen, owing to its various advantages over the conventional cars. These cars will greatly reduce traffic, accidents, parking costs, pollution emission, and have the chance of eliminating the need for conventional public transit services. These vehicles will also provide users with significant convenience, fuel saving, safety, parking cost reduction, energy saving, and others. Moreover, various government jurisdictions have also passed regulation to allow autonomous vehicles to operate legally on roads. For instance, Nevada is one of the states in world that have supported the progress of self-driving cars. The Nevada legislature and the Department of Motor Vehicles have passed a regulation that permits the operations of autonomous vehicles in the state.

North American countries are widely accepting the autonomous driving technology. Most of the North American jurisdictions are supportive in terms of testing and operating of driverless cars on road. The U.S. Department of Transportation have identified 10 official sites for autonomous vehicle testing. These sites enable various automakers to test and improve the technology of self-driving cars.

Similarly, prominent companies in Canada, and Mexico are expected to set up major business in autonomous car market in the coming years.  European transportation groups are adopting the latest ongoing auto trends by supporting the development and adoption of autonomous cars. Jaguar Land Rover has aided to test around 100 self-driving cars in UK by 2020. Similarly, Germany and France have also planned to test autonomous cars on the road linking two countries. They aim to determine the test of such cars in real cross-border traffics. Self-driving car is also increasingly gaining popularity in the Asia-Pacific region over the coming years. Development of massive mega cities in most of the emerging markets such as china, Japan, India, Australia, and South Korea is expected to boost the adoption of autonomous cars. Similarly, the transportation infrastructure of Rest of the World (RoW) which include South America, Middle East, and Africa is transforming massively in the next few decades. Autonomous vehicles, including cars are about to revolutionize the transportation structure in the region.